With all the new social media channels, such as Facebook, Twitter and Instagram, sending out an email to customers can seem a little old fashioned. However, email marketing it still very effective.

The following is a list of the 5 biggest benefits of email marketing that illustrate just how effective a well managed campaign can be:

Most small businesses don't have much money to spare on marketing costs. With email marketing there are no printing costs, no postage costs and no advertising rates. In addition, most software that sends out emails (such as MailChimp) is free to use.  Using email software ensures that your emails are both professional looking and engaging.

Email marketing also has one of the highest rates of return for any form of marketing. It is estimated that for every $1 spent, there is a $40 return on investment. Further, 66% of people have bought something as a result of a marketing email. This compares to 20% for Facebook and 16% via mobile phone text messages.

2. Email Marketing can be Easily Measured

It is estimated that the best times to send out marketing emails is between 10.00am and 4.00pm Tuesday to Thursday, as this usually achieves the greatest rates of email openings. Although, both Facebook and Twitter allow for scheduling of posts and tweets it usually requires a separate application to enable this to happen. Most email software has this function built in so it is easy to set up your email and schedule it to be sent out at an optimal time.

If you send out engaging and informative emails to your customers and prospects then it is a great way to stay in their minds - so the next time they need a product or service they will think of you. One important thing to remember is not to send too many emails as this annoys people as it clutters up their inboxes. It is recommended that you only send marketing emails every 4 to 6 weeks.

5. You Get Close to your Customers

By sending an email you go direct to a customer or prospect's inbox. Action needs to be taken. There is no other form of marketing that is as direct but not considered too invasive. By contrast, texts received via mobile phones are considered invasive and are more likely to be quickly deleted. In addition, advertising on social networks such as Facebook can be easily bypassed.

Dynamic Websites creates stunning yet affordable websites.  Find out more about our website packages  (including online shops) or our online marketing services. Give John a call on  (03) 9028 7337  or email to find out more about all the web design services we offer.

Google My Business – Why You Need it 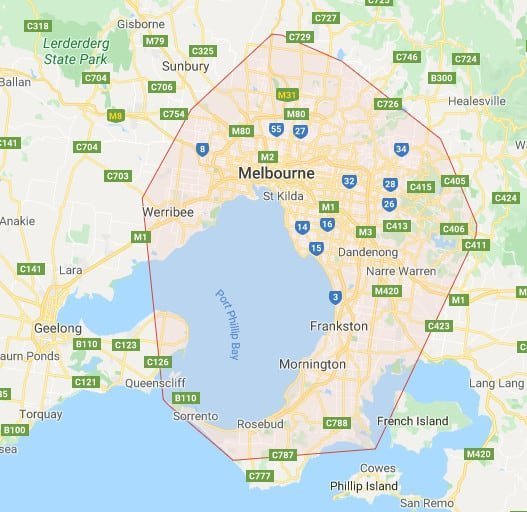 Available to meet by appointment

Scroll back to top